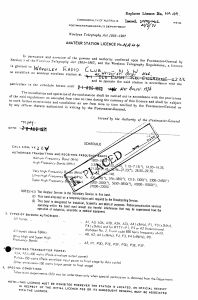 As a part of the WIA’s ANZAC Centenary commemorations, the Waverley Amateur Radio Society will be commemorating the centenary of the raising of the 2nd Australian Division Signals Company on 04 August 1915 at Heliopolis, Cairo.  The company landed at Anzac on 20 August 1915 to establish communications between 5th Brigade (NSW) and 2nd Division HQ, and first saw action in support of the Battle of Hill 60 on 21 August 1915.

Club members have been emailed detailed information about the activation via the club email list.

The VK2BV listing on QRZ.com has been updated, with some new pictures and information about the club and its activities.

Wednesday Non-Working Bee-limited Physical Discuss  Club &  your own stuff, show it off, see somebody else’s stuff! Help others! Members will get an email with details
View Calendar
Add