The Ferry Contest will soon be with us on Sunday 8th March 2020 for the fifth incarnation of this unique event.

For this year we have introduced a “wildcard” category of contacts where our “pop-up” station will be available throughout the day for contacts with famous seafarers that will score a bonus of 10 points per contact with a maximum of 6 contacts over the course of the competition. This is a great way to add to your score.

Further details will be available within the contest rules section prior to the contest start along with instructions of how to log the contact to claim the points.

We will be operating our check-in facility in the two hours prior to the contest with each contestant that checks in eligible in a draw for one of our fabulous kit prizes.

This is a fabulous way to “get out of the shack” and participate in amateur radio in a fun day on Sydney’s world renowned harbour.

Why not come along and join in? If not then consider turning on your radio and providing some contacts for those participating in the contest and submit a log for the landlubber certificate.

Save the date! The date for the 5th edition of the Sydney Harbour Amateur Radio Ferry Contest is set for Sunday 8th March.

As usual the contest will operate between 10:00 and 16:00 local time. Further details will be published in the new year with the contest rules and procedures as well as other helpful information.

Why not plan this as an event for your club or Amateur Radio friends. You can either go hard for the awards or just cruise around for a day of fun on the harbour. We will have a club station operating at Rose Bay for contacts, eyeball contacts and general information.

The Waverley Amateur Radio Society has great pleasure in hosting Kerrie Dougherty who will present:

The Dish was not the whole Story: Australia’s Role in the Apollo Lunar program

The Dish is a delightful Aussie film about Australia’s role in the Apollo 11 lunar landing. However, while it’s “based on a true story”, we have to remember that it is only a movie: its focus on the crucial role played by the Parkes Radio Telescope in bringing the live television broadcast of the Apollo 11 lunar landing to the world leaves untold the much larger role in the Apollo program played by space tracking facilities in Australia.

Join space historian Kerrie Dougherty as she delves into the larger story behind The Dish to find out the answers.

Kerrie Dougherty is an independent space historian, curator and educator, who was previously Curator of Space Technology at the Powerhouse Museum. She is the author of Australia in Space, a comprehensive history of Australian space activities, a lecturer in space humanities for the International Space University and an elected Member of the International Academy of Astronautics. Kerrie works part-time for the Australian Space Agency and has written several science fiction guidebooks as well as numerous articles on Australia’s space history.

Please join us at Club Rose Bay, Vickery Ave Rose Bay for this prestigious event. RSVP to secretary@vk2bv.org in order to assist us with organisation of the venue.

Parking is available at the adjacent council carpark.

The Society’s Annual General Meeting was held on the evening of 19th June. Being the 100th anniversary year the meeting was followed by a celebratory dinner held at Club Rose Bay.

Just prior to the dinner there was an opportunity to capture a photograph of members in a style similar to the early members photograph of almost 100 years ago.

If you are interested in finding out more about Morse code, Waverley club has regular get-togethers on the first Sunday of each month.
The group welcomes everyone keen to find out more about morse or CW, whether you’re a beginner or want to brush up or re-learn morse code.
CW enthusiasts of all skill levels meet to swap ideas and experiences and learn about operating and contesting.
Maybe you’d like to ask if hand key or a paddle is best for you… or you’re looking for advice on CW operating procedures… or maybe you’re just interested in the history of morse code and would like to learn more.
Our group meets 11am on the first Sunday of every month at the Rose Bay club rooms and everyone is invited, even if you aren’t yet licensed.
Contact us at morsecode@vk2bv.org or just drop in when we meet on a Sunday morning.

Once again the Ferry Contest is almost up on us. It is due next Sunday 11th March 2018 (10:00 – 16:00 )!  Please consider participating even for a short period since it is definitely the more the merrier. Whilst some contesters are working very hard for the maximum points there are others who simply enjoy a good day out. Even if you are not able to ride the ferries perhaps you might act as a contact station for those who do. For those who are contemplating their preparation here are some ideas:

Handheld 2m/70cm Radio (+ backup radio if you have one)
Extension microphone, headset or earpiece
Extra battery
Log sheets (Print ours from our website)
Pens/Pencil
Ferry Map
Ferry Timetables (Make sure you get the Sunday one)
Opal Card ($2.60 all day!)

Don’t miss out on the WARS Annual Auction, to be held in the Vickery Avenue Rose Bay Scout Hall  on July 8th . Bring your surplus gear to sell. Buy Treasures from others.

The club has been awarded 3rd place certificate for its entry to the Trans Tasman Low Band Contest in July 2016.  We operated a Multi-operator / Two Transmitter entry on 160m, 80m and 40m in SSB, CW and RTTY modes.   This was a first attempt at a multi-multi operation from the club site -a  great effort in co-ordination and co-operation from the club radio shack and using antennas on site. Well done to the team! 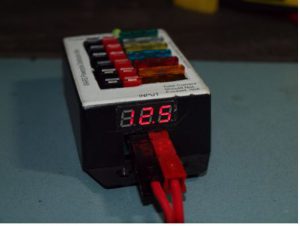