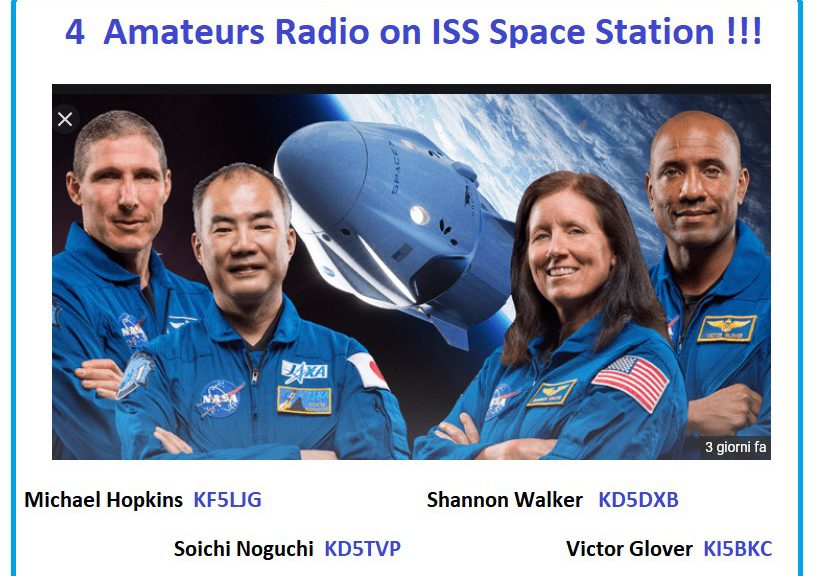 On 26 April, via technology managed by ARISS we participated in a contact with the ISS. It was a long signal chain that started with a telebridge using a mobile phone and PTT microphone that linked to VK4KHZ (Shane) as a local moderator and ON4ISS (Jan) at the reception ground-station and then RF link to the ISS on 145.8 MHZ.

Our part was providing and environment and a local moderator VK2KZ Anthony Monger. The QSO was hosted from ST SCHOLASTICA’S COLLEGE, Glebe.

This is the transcript tape from NASA (with permission.)

The first part of the recording is the preliminaries and introduction including line checks to all stations, the confirmation of automatic tracking and documentary recording, this is followed by the CQ call and acquisition of signal. Then follows in short order the questions by the girls. 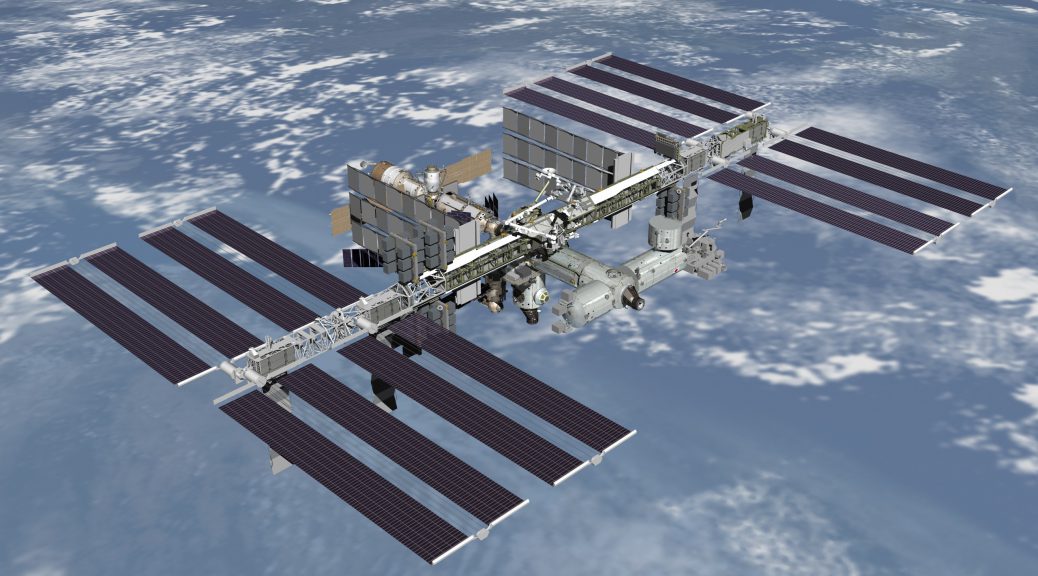 On 26 April, via technology managed by ARISS we participated in a contact with the ISS. It was a long signal chain that starts with a telebridge using a mobile phone link and PTT microphone that links to VK4KHZ (Shane) as a local moderator and ON4ISS (Jan) and then via RF to the ISS on 145.8 MHZ.

Our part was providing and environment and a local moderator VK2KZ Anthony Monger. There we some technical issues with a 6db variation in incoming and out going audio levels which produced a little sweating by the local operator in the room.

Following is the text of the ARISS Press Release:

This will be a telebridge contact via amateur radio and students will take turns asking their questions of Astronaut Victor Glover, amateur radio call sign KI5BKC. English is the language that will be used for this contact.  Both onsite and remote access will be provided to the student body at the time of the contact per Covid-19 guidelines. The downlink frequency for this contact is 145.800 MHZ and may be heard by listeners that are within the ISS-footprint that also encompasses the ARISS radio telebridge station.

St Scholastica’s College (about 1000 students) is an Independent Catholic day and boarding secondary school for girls founded by the Sisters of the Good Samaritan of the Order of St. Benedict. St Scholastica’s College is located in Glebe, a suburb of western Sidney, Australia. The school offers courses in the fields of science and mathematics in their STEM curriculum. Students also have participated in the ACTURA space program in the U.S. with some students visiting NASA facilities through a program with University New South Wales.
_____________________________

As time allows, students will ask these questions:

1. How has being in the space station changed your beliefs and or perspectives of the universe?
2. What have you found out on the ISS that can’t be found out on Earth?
3. Has COVID-19 had an impact on life in the space station?
4. How do you keep in touch with your family when you are in space?
5. Do you ever feel existential terror from being in space and seeing how endless the universe is? / How do you deal with this?
6. I imagine your work, being so far away and of such a vast scale, would impact your mental health. Considering this, are there ways you work on your mental health onboard, and has your experience changed the way you think?
7. What was the hardest of the requirements for space travel for you to meet?
8. Do you believe that in the future, younger people will be able to go into space?
9. What made or motivated you to want to become an astronaut?
10. Can you see the effect of climate change from space? And if so, what are the phenomena you have observed?
11. What would you say is the most important skill for astronauts to have and master?
12. If funding for space exploration became scarce, how would you convince the world that space exploration was worth the investment?
13. Do you believe that the tests and studies you perform will cause great change and progress in the way we live or view the world?
14. When first arriving into the space station how did you feel? And how do you feel now?
15. Is there day and night in space?
16. Is NASA training similar to Roscosmos training? If so, how? What are the similarities/differences?
17. How long did you have to train and prepare to go into space and what was the training like?
18. Have you, personally, ever had to repair a part of the ISS due to damage caused by man-made space debris? And if so, what part of the spacecraft did you repair?
19. What is the best scientific advancement or discovery that the ISS has delivered to humanity?
20. Where does your waste (rubbish and sewerage) go?
21. Is the future of space travel likely to be in the hands of private companies like Space X or government agencies like NASA?
22. What impact do you think that the ISS has had on international cooperation? 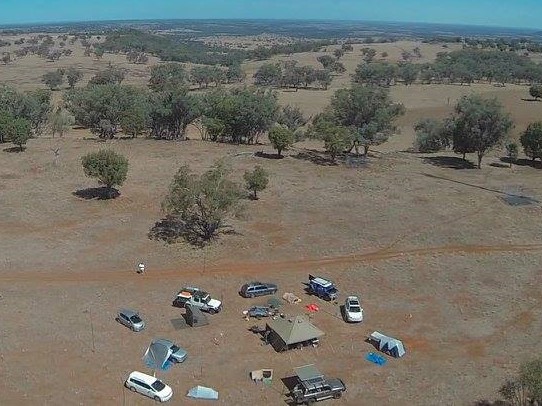 Plans are afoot for the expedition to Tooraweenah this year after being frustrated by the COVID19 pandemic in 2020.

Notwithstanding change in public heath advise we are going. For the JMFD 2021 and we will compete in the 6hr All Modes Section. The start time will be decided by the competition manger to give us a chance at another category win.

Stand by for emails and other correspondence and put 19 – 21 March in the diary.

If you have not been on the big field trip it is great fun! 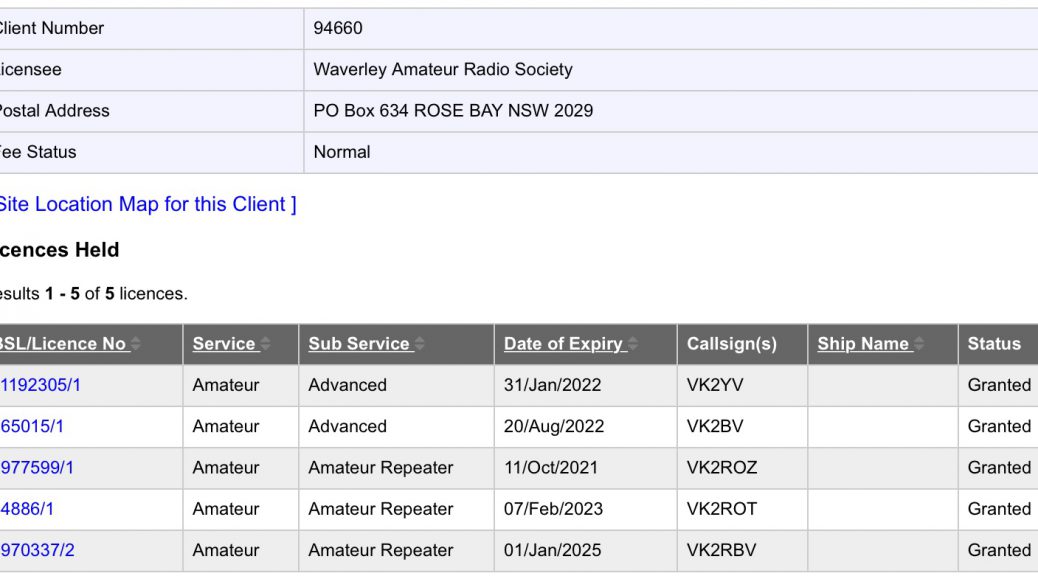 The club has been successful in gaining an additional 2 letter callsign. – VK2YV

It may be familiar to you.  It was Rob Bellamy’s (SK) call sign for a number of years. We were able to secure the callsign after a recommendation from the AMC when the call became available.

This additional call sign will enable us to operate from 2 locations as “the club” which will be useful for expeditions and away trips as well as competition. For example, it would be great to use for it the now annual trip to Tooraweenah as a commemoration of Rob. As well as maybe an additional anchor station for the ferry contest. Maybe at Circular Quay or even Manly.

We could also consider it for use during competition where the club might operate from say Robertson as well as another place.

To an extent we can make this up as we go along. Personally, I am incredibly pleased that we have been able to secure another 2 letter callsign, but more so because it was the callsign of our benefactor.

Rob was one of a kind, a rare soul in these days of immediate gratitude and self-interest, he was a gentleman, a member of the bar, (ask any barrister, who will tell you it is an honourable pursuit, excepting for the following; the person on the bench, my learned colleague, and the defendant, unless of course you are appearing for the poor hard done by defendant)

We never saw Bellamy at the Bar it would add another dimension. Members of the bench say he was pretty-good; Had we need of a barrister we would hope for one with the integrity and skill of Robert Bellamy.

He was a commissioned officer in the RAAF, we can forgive him being a member of the junior service but apparently the Airforce uniform is prettier, and you get more girls! Also, the toys are better in the Airforce.

There is a pattern, he liked things involving costumes!

Rob lived life on the edge, the criteria, went something like this…