Today the Waverley Amateur Radio Society celebrates its 97th birthday!
On the evening of 27th January 1919, a little over two months after the end of the Great War, the Waverley Amateur Radio Club was formed at a meeting held at ‘Altmont’ 13 Macpherson St, Waverley, the home of Frank Geddes Snr in the eastern suburbs of Sydney.
Amongst those in attendance were some of the first Australian amateur experimenters, first licensed in 1911; Frank Leverrier KC (XEN, 2BK, Vice Chancellor of the University of Sydney & first President of the Wireless Institute of NSW), Malcolm Perry (XCP) and Ray Allsop (XCA & founder of the Raycophone radio company). The founding members of the club also included Frank Geddes Snr, Frank Geddes Jnr, Les Holdgrove, Eddie Bowman, F. Swinbourne, R.D. Charlesworth, Alan Burrowes, C. Doyle, Gordon Thompson (2GT, VK2AVT & Hon Life Member until becoming a silent key at the age of 96 in 2001).
The Waverley Amateur Radio Club was formally incorporated in 1920, and issued its first club license, N249 in the same year. The club was based at ‘Almont’ 13 Macpherson St, Waverley until the 1950s. The club was once affiliated with the ARRL and has been affiliated with the WIA since 1926. Apart from the period of World War II, the Waverley Amateur Radio Society has been continuously licensed since 1920, with the following callsigns: N249 (1920-1922), 2BV (1922-1925), A2BV (1925-1927), OA2BV (1927-1929) and VK2BV (1929-1939 & 1946-present). 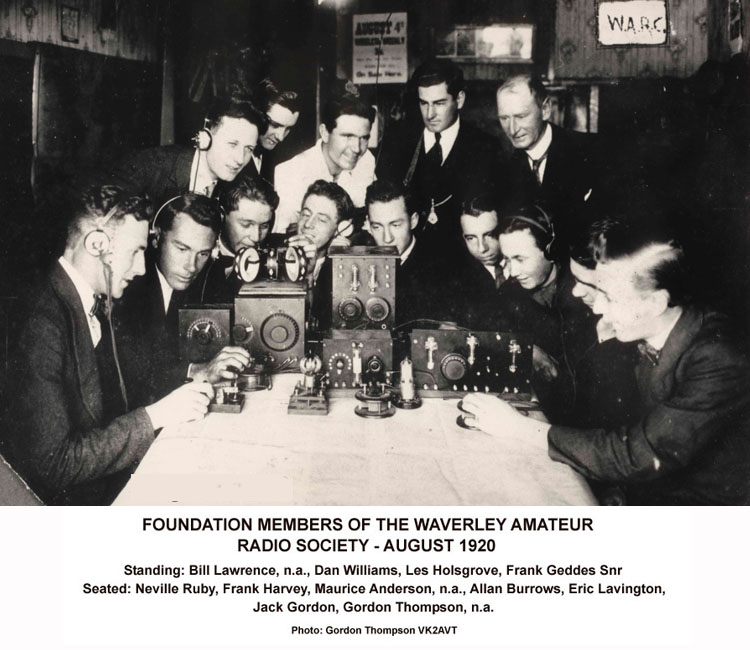 Daniel Williams was born in Birkenhead, England and lived in the Sydney suburb of Little Coogee, now Clovelly. Williams enlisted as a signaller in March 1916 and arrived in Egypt in December 1916, to train as a telephone operator and linesman with the Signal Squadron, Imperial Mounted Division, which later became 2nd Signals Squadron, Australian Mounted Division.

In December 1917, Williams was posted to 1st Signals Squadron, ANZAC Mounted Division, where he first saw action at the Battle of Jerusalem. Williams served through the remainder of the Palestine campaign including the battle of Jericho and into the campaign in Jordan, including the battles of Amman and Es Salt and in the Jordan Valley, where he was wounded by shell concussion in June After a period of recovery, Williams returned to the front and was posted to 2nd Signals Squadron, Australian Mounted Division in Syria on 26 October 1918, one day before the signing of the Armistice by the Ottomans, ending the war in the Middle East.

Daniel Williams returned to Australia in September 1919. Williams joined the then Waverley Amateur Radio Club, formed in January 1919, and was already a member when the club was issued its first experimental license, N249, in August 1920. The Waverley Amateur Radio Society remains the local amateur radio club for the City of Sydney, the inner west and the eastern suburbs. It is Australia’s oldest continually licensed amateur radio club, and celebrated the 95th anniversary of its first license in August 2015. 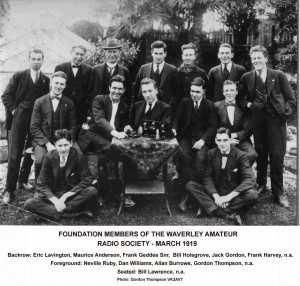 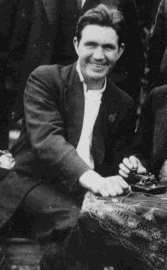 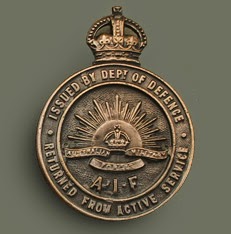 Daniel Williams wearing his Returned From Active Service badge, with early members of the Waverley Amateur Radio Club in 1920. 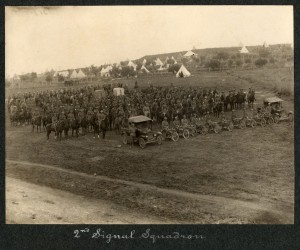 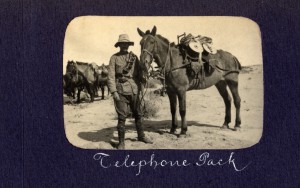 A simple way of getting onto APRS with a cheap handheld and an old Android phone running APRSdroid. 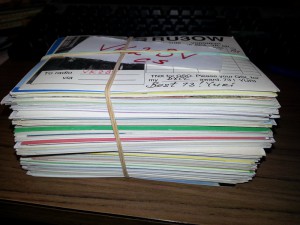 Today, the Waverley Amateur Radio Society received its first batch of QSL cards since 2009!  This is the 1 kg stack of cards, 8 cm high of incoming QSL cards for VK2BV and VI2BV90, some of which date back to 1999!

The tragic loss of our former QSL manager Lynn VK2FLTJ (SK) meant that this aspect of club activities has been largely neglected for a number of years, but this has now changed, and we will ensure the club stays on top of our QSLs in the future.  We will even ensure that the 1999 inward QSLs are replied to before the 20 year mark!

The club’s log keeper Tony VK2KZ and QSL manager Ed VK2VEL have been working towards getting both the club’s logs and QSLs sorted into proper order.  Sadly, most of the logs and QSL cards from 1922 to 1988, such vital aspects of a radio club’s history, are probably lost forever.

Apart from a few treasured logs from the 1920s to 1970s, most of the club’s logs date from 1988 with sporadic loggings until a sharp increase in logging activity from 2008.  This reflects the rise in club membership and general activity with the arrival of new operators into the hobby via the Foundation license, and the club hasn’t looked back since.

A quick scan of the logs shows that 2009, the club’s 90th anniversary year, was probably the peak year of activity.  This was the year of the special event callsign VI2BV90, entry into multiple contests, and the year of ‘three lighthouses in one weekend’ during the International Lighthouse and Lightships Weekend, when the club activated Hornby Light (AU0041), Endeavour Light (AU0052) and our traditional activation of Macquarie Light (AU0022).

To ensure that the clubs logs and QSLs are never lost again as the club moves towards its 100th anniversary in 2019, in addition to recording the traditional paper QSLs, the  club’s logs are now uploaded into the ARRL Logbook of the World, eQSL, Clublog and QRZ.com.  The club now has multiple, searchable online logging systems for the service of the hobby, and is also now participating in a number of operating award programmes.  A report on the club’s progress in these award programmes and some more statistics will be made when we have caught up with the sorting out the logs and QSLs.

Members who activate the VK2BV callsign are reminded that they should send their logs are sent to Tony VK2KZ for recording and processing.

Members who want to know more about QSLing, either paper or electronic, award programmes and using the QSL bureau can contact Ed VK2VEL.

The Trans-Tasman Low Band Challenge is on Saturday 18 July  0800 – 1400 UTC  (1800-0000 local).  Bands are 160m, 80m and 40m, and modes are SSB CW and Digital (RTTY and PSK ).  Multi-operator/Multi-transmitter entries are permitted.  This intense but short duration contest, is an ideal contest for a club entry and an excellent introduction to contesting.

The first 80m Trans-Tasman Contest was organised by the Waverley Amateur Radio Society in 1922.

For the VHF/UHF fans, the Winter Field Day is on this weekend, 20-21 June. 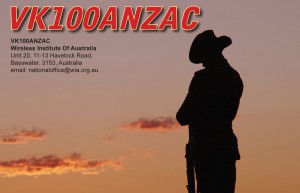 As a part of the WIA’s ANZAC Centenary commemorations, the Waverley Amateur Radio Society will be commemorating the centenary of the raising of the 2nd Australian Division Signals Company on 04 August 1915 at Heliopolis, Cairo.  The company landed at Anzac on 20 August 1915 to establish communications between 5th Brigade (NSW) and 2nd Division HQ, and first saw action in support of the Battle of Hill 60 on 21 August 1915.

Club members have been emailed detailed information about the activation via the club email list. 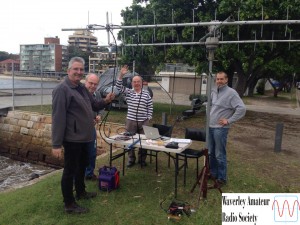 The VK2BV listing on QRZ.com has been updated, with some new pictures and information about the club and its activities.

This one-day workshop will provide an opportunity to hear from expert speakers, owners and operators of susceptible technological systems, and other users of space weather services.

The workshop will also provide the opportunity to tour the Australian Space Forecast Centre, learn more about the Bureau’s space weather services, and to provide feedback on existing and future services.

Some subsidised accommodation will be available for those travelling from outside the Sydney area. Further information on accommodation and travel will be provided in the near future.